Don't Miss
You Are Here: Home » Health » 9 Adaptogenic Herbs That Can Restore Your Brain Function

9 Adaptogenic Herbs That Can Restore Your Brain Function

Posted by :Miriam Owens Posted date : December 21, 2017 In Health Comments Off on 9 Adaptogenic Herbs That Can Restore Your Brain Function

Looking for Adaptogenic herbs to boost up your brain? Here’s all you need to know

Just as the body needs continuous support of nutrition, the mind too needs a constant support and source of rejuvenating its power. Everyday involvement and a high demand of daily multitasking needs much focus, concentrating power, and the capacity of fast skills of learning. Such a regular toil on brain automatically leads to fatigue, lack of energy, stress and affects our coping mechanism badly. Thus in spite of having a good health and scope, we fail to sail through the moments of crisis. Adaptogenic herbs are the natural, organic resources that help in boosting the brain power and nurture the strength of the brain. A regular intake of such adaptogenic herbs will thus help to move through the rough patches of life with confidence, which in turn helps one to grow mentally and live better. 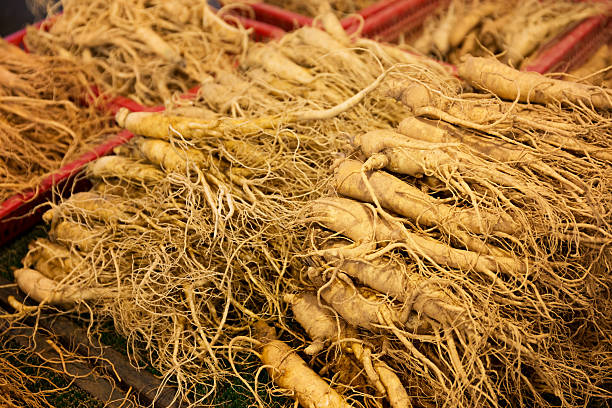 Here are nine herbs to count on :

Few years back when researchers of Punjab showed, Western Bioscience confirmed that Turmeric has adaptogenic properties. It is a yellow powder used as a colouring agent in South Asian cuisine. Turmeric, however, is now breaking through the field of cognitive enhancement.  These days it is called a “ Natural Prozac “ because of the amazing healing and neuron boosting effects on the brain. Turmeric also maintains a healthy level of body weight, blood glucose, cholesterol, Corticosterone, reduced glutathione, and memory.  This curcumin bearing adaptogen is being researched as a compound that may heal brains of stroke and Alzhemier’s victims.

Brahmi is one of the best herbs to opt for if you want a healthy mind. It is a natural encourager which harmonizes the left and right mind, supporting the nervous system and the brain to work synergistically.  It has antioxidant and neuroprotective  action . Brahmi also contains saphorins and bacosides that act with the neurotransmitters to the brain raising levels of serotonin,  gamma aminobutyric acid (GABA) and acetylcholine helping in an overall cognitive. It helps it getting over insomnia, learning and retaining new information and preventing senility. However Brahmi which in its authentic form is Bacopa monniera is often confused with Gota Kola which is also called Brahmi in Thailand and North India.

This Native Soth east Asian, Indian and Australian herb looks much like the human brain and is typically used for brain boosting. It improves the mitochondrial function and acts as a neuroprotective, nootropic antioxidant. It is also involved in nerve re-generation, lessening negative effects of amyloid plaque. The herb minimizes stress response and controls their release of cortisol. And much like aswagandha, gotu kola calms and relieves mental boost and performances.

When it comes to adaptogens, Ashwagandha is arguably one of the best herbs one can find. Popular as an Ayurvedic medicine, it has reflected implausible results in lowering coristol and balancing  underactive thyroid hormones by enhancing the endocrine function . It is a shrub with roots as a part of the plant.  It treats nervous exhaustion and prevents the detoriation of brain cells and also adds to the immune system, mental clarity, information processing in us.

Rosemary has been popularly known for its Mediterranean cooking! But only a few know about the extraordinary qualities of Rosemary as an adaptogen. It is used mostly in aromatherapy. Rosemary is being called the herb of rememberance for improving memory, concentration and mental clarity. The scent of rosemary has been used to improve speed and accuracy in mental tasks and the essential iol helps in memory retention. This is said to be extremely beneficial for people learning a new skill.

Rhodiola is technically a root which helps in the healing therapies particularly in the period of stress. This adaptogen is succulent and grows in cool northern climates in Canada, Russia, And Scandinavia. It helps to module our mood by reducing anxiety and depression and also helps in mental fatigue and memory retention as well. Adding to these, there are other qualities of the herb, as in improvement of cognitive functions as a whole, mental energy and focus, improvement of learning capacity and heightening the quality and attention span. Moreover the effects of rhe herb starts showing up much faster than the anti depressant medicines.

Another extensively used herb in the Chinese medicine. The alkaloids contained in the Ginkgo Biloba leafs are thought to ward off mental retardation, improve mental function, and provide detoxification, nourishment, and oxygenation for the brain. They improve the ability to concentrate and improve memory. Because Ginkgo Biloba enhanced oxygen utilization, it can help the brain with concentration, memory, and other mental faculties. There are long-term studies done that show that Ginkgo Biloba may help reverse damage to the retina and does significantly improve long-distance vision. Further studies suggest that this potent plant may also enhance memory, attention and even intelligence.

Bacopa or bacopa monnieri has an overall brain boosting aid. It reduces stress, enhances memory and performs most other functions that in general, are done by adaptogens like strengthening of learning ability and improving mental function. However Bacopa is famous and is recognized in the field of medicine as a protector against the Alzheimer’s disease. This may be due to its potential ability to reduce beta-amyloid in the brain and lower inflammation.

The best way to boost the energy and capacity of brain functioning is still in the most natural way. These herbs bring out the most effective cognitive growth in one’s mind through the easiest intake process. Apart from these nine herbs there are many such as Tulsi, Vacha, Maca. One can also derive the effects from grapeseed extract and green tea.